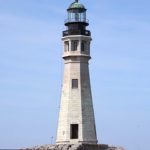 I was talking to my old friend, Chuck Woelfel, and we were discussing a current research project that didn’t seem to be going in a particularly appropriate direction. Chuck brought up a great point: the only thing worse than no research is bad research. I’ve bought discount research, and that’s a bad idea that can get you fired.

If you need to slim the budget somewhere, and who doesn’t, think about less media and instead maybe doing something outrageous. Maybe creative with lower production value, or cheaper talent, or whatever. We’ve all been there. Spending less money however to buy a discount research exercise will not only waste time and money taking you in a wrong direction, but also will cost more, just to get back to where you started. Good research is the foundational platform that you will base your strategy and tactics on, regardless of what you spend. It’s the lighthouse that will keep you off the rocks. The tighter your budget the smarter you need to be to reach your objectives—and buying bad/cheap research is like taking a stupid pill.