DON’T GO LOOKING FOR MERMAIDS IF YOU CAN’T SWIM 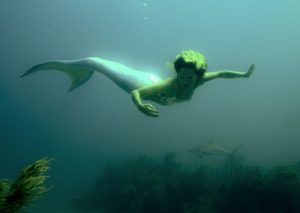 Once I was curious about how big the pool was that I was competing in and counted all the advertising agencies listed in the Buffalo phone book–back when we still used phone books.  I actually counted forty-two shops of one type or another–42!  While many of them categorized themselves into specialized corners of marketing-communications, lots of them used the term “full-service.”  Like our old friend Mike Beato is often heard to say, “When you run around with a hammer, everything looks like a nail.”

A while ago, a young CEO was referred to me. He was talked into a $20,000 local television schedule for his commercial construction company.  His company did computer wiring for new commercial construction builds.  The target audience was commercial developers and large construction companies.  In terms of audience size, from Syracuse to Cleveland, there weren’t fifty companies that he wanted to attract.  His TV buy covered only the eight counties in the Buffalo ADI.  Production and the media buy were all arranged by one of those forty-two “full service” advertising agencies.  It was a terrible recommendation–and expense.

We were able to pull him out of his misplaced TV schedule and refer him to some people who had a deep well of experience in B2B direct marketing.  He got to where he needed to be and met some excellent professionals as well.  It’s unfortunate that his introduction to our business was all about the transaction rather than helping him grow the company.

Buffalo has a number of great ad agencies that compete not only locally but also have a great track record with national and in some cases international clients.   They do great work and they’re enjoyable to work with.  We also have some amazing small boutique shops that have been around for a long time.  A long time because they knew what they were good at and didn’t try to pretend they could do it all.

If you look for mermaids and can’t swim, you could drown.